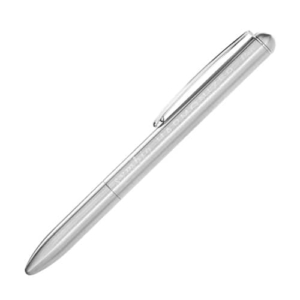 The Symbio-Harmonizer Pen was developed so that the body’s self-healing powers are stimulated and the body itself can generate biophotons.

In addition, this biophoton energy can also be conducted into the respective organs. For those who work with Traditional Chinese Medicine (TCM), it is possible to stimulate the acupuncture points and now with much faster success.

Another advantage is the quick cleaning of electro smog. The Symbio-Harmonizer Pen is simply held on the 3rd eye for two minutes. It is recommended to treat children like this once a day before going to bed.

A leg length difference can also be quickly compensated. Nevertheless, we recommend that the cause is corrected by the physiotherapist.

The most important effect of the Symbio-Harmonizer Pen is the structuring of cell water, i.e. EZ water.

What is EZ water?

Everyone knows about the three states that water can take: liquid, gaseous due to water vapor and solid as ice. But there is still another water condition: EZ, abbreviated from “Exclusion Zone”.

The water researcher Dr. Gerald H. Pollack from the University of Washington discovered this fourth, gel-like aggregate state and describes it between liquid and frozen. Similar to ice, this water state has a hexagonal, hexagonal structure. The researchers conclude that the liquid water (H2O) turns into EZ water when it cools down before it solidifies into ice.

It works the same way in reverse: if ice is thawed, then EZ water is created first, before it becomes liquid water again. Snowflakes have the same structure and are also an intermediate step between EZ water and ice.

This exclusion zone is just a thin layer in which the water starts to organize itself in the vicinity of hydrophilic surfaces. In addition, it cleans itself and pushes all dissolved substances into the layer of normal water. Hence the name Exclusion Zone, because all substances and protons are displaced from this layer.

Studies show that drinking water has a completely different structure than the water that is found in the cells. Because water-attracting surfaces are everywhere in the organism, namely in every cell. That means, from the water we drink, this EZ water forms inside the body. Due to the gel-like state, cell membranes and macromolecules can only function. If the water were liquid, as previously assumed, everything would flow out of the body.

What are the properties of EZ water (H3O2)?

EZ water is living, structured or hexagonal water. It has many properties that keep surprising the scientists:

The following points are to be exposed for about one minute each:

The carrier silicon dioxide and the special Symbio-Harmonizer information pattern create a transduction channel to the body field. This enables the exchange of electrons and information between all twelve dimensions of Planck’s particles and the cell walls are structured.

Please note that the technology presented here is not yet in agreement with the predominantly accepted academic medical opinion or schools of thought.

Energy Medicine and the principles, methods and devices used in it are classified as Alternative Medicine. They are not recognised by academically based Medicine as their effect is not considered to have been proven. Treatment with Energy Medicine is in no way a replacement for a diagnosis and treatment by a licensed physician.

By clicking on the following link, you confirm that you have read this information and declare that you are in agreement with it.

This site uses cookies. By continuing to use the site, you agree to the use of cookies.

We may request cookies to be set on your device. We use cookies to let us know when you visit our websites, how you interact with us, to enrich your user experience, and to customize your relationship with our website.

Click on the different category headings to find out more. You can also change some of your preferences. Note that blocking some types of cookies may impact your experience on our websites and the services we are able to offer.

These cookies are strictly necessary to provide you with services available through our website and to use some of its features.

Because these cookies are strictly necessary to deliver the website, refuseing them will have impact how our site functions. You always can block or delete cookies by changing your browser settings and force blocking all cookies on this website. But this will always prompt you to accept/refuse cookies when revisiting our site.

We fully respect if you want to refuse cookies but to avoid asking you again and again kindly allow us to store a cookie for that. You are free to opt out any time or opt in for other cookies to get a better experience. If you refuse cookies we will remove all set cookies in our domain.

We provide you with a list of stored cookies on your computer in our domain so you can check what we stored. Due to security reasons we are not able to show or modify cookies from other domains. You can check these in your browser security settings.

These cookies collect information that is used either in aggregate form to help us understand how our website is being used or how effective our marketing campaigns are, or to help us customize our website and application for you in order to enhance your experience.

If you do not want that we track your visit to our site you can disable tracking in your browser here:

We also use different external services like Google Webfonts, Google Maps, and external Video providers. Since these providers may collect personal data like your IP address we allow you to block them here. Please be aware that this might heavily reduce the functionality and appearance of our site. Changes will take effect once you reload the page.

The following cookies are also needed - You can choose if you want to allow them: